Reason to set a tiny pocket in front of Jeans Pant 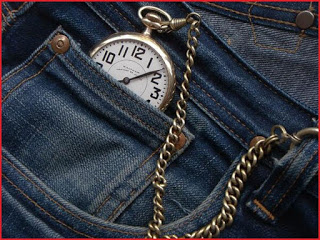 Jeans is one of the most fascinated wearers in the 21st century. Demand and popularity of denim wearer are still inevitable to the young generation. Denim is also known as a juvenile dress. But do you know the exact reason to set a tiny pocket in front of Jeans pant? When jeans pant was invented, it had only two front pockets. Later one additional tiny pocket placed just upon the right front pocket. Was it something useful or it is just a decoration? We use the tiny pocket for various purposes according to the habit and usage. But did you ask yourself when this trend was begun and why the pocket is kept on that place? Is it only for decorative function or other reasons behind it? Let’s find the unknown reasons by the following article.

From the very beginning whenever jeans got popularity, this excess small pocket was attached with the jeans pant for user’s recommendation. The tradition is still going on. It’s used mainly for decoration. I used to put my pager there or bus ticket or a lighter while I do smoke. Usually, those who play guitar used to keep their guitar pick there, someone habituates to keep their pen drive or key, someone keeps their navigator compass, and someone keeps penny or memory card or condom. Somebody does not keep anything in it. But according to the Scoop Whoop, this small pocket was designed for a particular reason.It was a matter of 1800 century, in the western region, cowboys used to wear jeans pant in the field and had to pay very hard labor all day long. They didn’t like so-called traditional formal dresses, but their favorite dress was jeans due to its simplicity, diversity, flexibility and durability. The wrist watch was not available and cheap for the mass people. Only elite reach guy could procure wrist watch. Beside this that time watch was not tied with the hand, traditionally it was kept in the small waistcoats pocket by a chain, but it made a problem and getting broken frequently. For that reason, renowned jeans maker Levi Strauss had introduced this little pocket for the Cowboys so that they could keep their watch safely. But in the advancement of the time, the hand watch becomes very popular and cheap.

Thus, the scenario has been changed in the usage of the small pocket. But many of us have several opinions. Someone thought it was invented to keep gold nuggets during Gold Rush. The pocket has other different names like fob pocket, coin pocket, ticket pocket, condom pocket etc. Whatever we call, jeans are an evergreen trend that will fascinate people generation to generation.

Facebook Comments
Coin pocketJeans tiny pocketWhat is the purpose of the small pocket on jeans?What Is The Small Pocket On Jeans?Why do our jeans have a tiny pocket just above the front pocket?Why There's A Tiny Pocket In Your Jeans