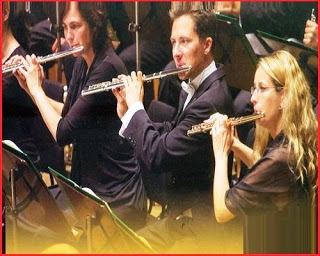 Fashion designers generate a significant number of new styles for the consumers in each season. Creative designers convert their imagination by making lucrative dresses for consumers. Usually, fashion diversification is influenced by culture and social latitudes and has varied over time and place. Fashion designers are the people who design not only clothes but also design dreams. Some are discarded instantly by the consumer on the retail level or by the fashion media, but others are accepted for a time after a demonstration by procuring and wearing.

Fashion Cycle
The change of fashion process is known as fashion cycle. The act of fashion cycle is similar to product life cycle. Actually, it is very difficult to summarize or categorize fashion cycle without having vast knowledge. Consumers like to wear new styles formed by the fashion designers or launched by the renowned clothing stores every year. Designers are committed to providing lucrative dresses for fashion conscious consumers as it’s their passion. Then designers are frequently going back and forth in time for stimulating creativity. Each year a new edition of the old trend is showing up by modification of few small changes at the line, shape, color impression, fabric etc. in appearance to give different looks. Usually, a fashion cycle accomplished by five various stages like as a bell shaped curve. Those are introduction, rise in popularity, peak in popularity, decline in popularity and dismissal. Let’s find the narrative discussion regarding fashion cycle.
1. Introduction of a Style:

Usually, designers introduce their research and creative ideas by making an appeal or accessories and then launch those new styles to the public. Developers generate new designs by changing basics such as symmetrical and asymmetrical balance, color, fabric, line, shape, trimming etc. and their association to one another. New designs presented to as the “latest fashions” to consumers and might be accepted by the end users. At the initial stage of this cycle, fashion implies only style and freshness. Early stage of this cycle when a new style is launched may or may not be admired by the customers. That time those styles are evaluated by the buyers or consumers at clothing stores or fashion shows. Production in small quantities gives a designer more flexibility, freedom, room for creativity, imagination, and temperament. Most of the time new style comes to market at a high price level because those are produced in a small quantity. Famous designers are admired globally for their talent, activities and get full support to design with very few limitations on creativity, freedom, quality of raw materials or fine workmanship. Usually, production cost will be high at the initial stage and only some people who have enough money to use the resulting garments like haute couture.
2. Growth in Popularity:
When a new lucrative dress introduced by a fashion designer and worn by some choose celebrities and rich guy who has enough money to do an experiment and habituate to get media attention, mass people influenced by it that may draw attention in buyers, press or public. Most designers wish to sell their items at reasonable prices. But at the beginning stage designers have to sell the wearers at the higher price to recover their cost. The price takes a downward slope in the passage of time when the demand and supply go parallel. Eventually, they minimize the price again when the demand graph takes a downward peak. Furthermore, an increase in popularity of a style may depend on copying and modification. Some manufacturers may redesign their style by adding less expensive fabric and sell all the styles at lower prices. Some designers customized their trendy style to outfit the requirements and price range of their regular consumers. Permanent consumers are a die-heart fan of their wearers.
3. Mature of Popularity:
When a fashion or a particular design reaches, the height of its optimum level is called peak or matured stage. It may create much demand that inspires many producers to copy or modifications to drivers it at many price levels. By copying some designers became pleased, but others are indignant. There is a clear distance between modifications and knock-offs. Bulk production demands a possibility of mass acceptance. So, producers suspiciously analyze sales trends and consumer’s feedback before step into mass production because their customers want comfortable, durable and reasonable clothes that are in the mainstream of fashion.
4. Deteriorate in Popularity:
When consumers feel fatigue after using same designed wearers for a long duration, they search for something new. But some consumers still wish to use those old styles in lower price. Besides, every season the popularity of old styles turns down due to the entrance of new collection. That’s why the outlet takes the initiative such as a big
sale. Sometimes outlet declares clearance sale. That time owners fix some sales racks of retail stores contain declining styles to lure customers with lucrative wearers.
5. Dismissal of a Style or Obsolescence:
In the final stage of the fashion cycle when users lost their passion for those design and turned to new trendy dresses is called obsolescence phase. The rejection, discarding, dismissal or disposal of a style occurred just because it is out of fashion or failed to generate customers attraction is also called consumer obsolescence. In these stage manufacturers stop production and retailers lost attraction due to consumers have no more interest. Rabindranath quoted that “fashion is temporary and style is permanent.”
Fashion is the mirror of any civilization and it has been driven by nature, culture, laws, religious values, wars, occupations, creativity and the arts. But sometimes people may influence by the famous icons. Fashion cycle has no particular countable time frame. Some fashions keep going for a longer period as these are admired by consumers or some quit soon and some fashions may return after it was disposal. So, it is clear that fashion tenure totally depends upon the user’s behavior and it has always been running to meet the user’s lifestyle, nature, passion, taste and demands of society.
Duration of the Fashion Cycle:
Fashion cycle is an ongoing process. Think deeply the fashion which has made craze among young generation today but may not hold its popularity in next year. The nature of fashion cycle differs with each trend and very difficult to detect the duration of its tenure. Fashion movement may influence by following factors–

>> Publicity or promotion of the product

>> Development of new fabrics or fibers

Classic: It is remarkable that some style retains its appeal stable in fashion cycle. An example is denim wearers or classic Hawaii shirt. We can consider it as everlasting. The demands of these styles never turn into completely out of date. The attraction might increase or decrease slightly but never decay with the passage of time.

Fad: This is short lived fashion which keeps the interest of the consumers for a short period. The user group is limited and the price is also cheap but users appeal declaims day by day as they feel fatigue. The tenure of this stage is concise and the customer feels monotonous after some short time due to product supply increases in comparison to demand which makes the wearers out of fashion outlet.

Fashion designers are frequently going back and forth in time for stimulating creativity. It has been observed that some fashions come back years later and reintroduced in target group newly. The new fashion is being introduced on the field of old fashion. But, Old fashion does not disappear completely. Sometimes fashion designers drag minimum pattern in new wearers from the old wearers. We could almost say it values addition to the product. Changes are applied in pattern, design, fabric, panels. Vice versa is also true. Thus, it recurs. Thus, some 60s, 70s, 80s design already back and being used on apparels. As an example now tight fitting shirt or velvetpant are getting popular again. These are called slim fitting or customized fitting.