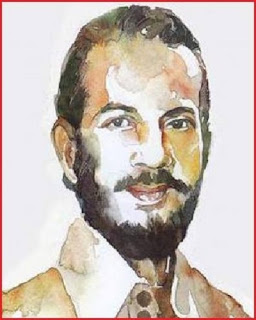 Our main export item is garment. Today we earn around 23 billion of US dollars by exporting these goods. We have about 4,500 garment industries. 76% of GDP gained from this sector. About 4 million of workers are working in this industry, and 80% of them are women. It is remarkable that women empowerment of our country mostly depends on this sector. The success of ready-made garment industry is impressive. Many industries and trading activities have been expanded such forward and backward linkage industries due to the expansion of garment industry. Now the whole society and economy are the beneficiaries from this sector. But many of us don’t know the person who was the mastermind of ready-made garments industry? Even few of the beneficiaries do not know the reality. Besides this, many of us don’t feel the necessity. It is a great regret for our country and society. It will be shameful to our nation if we can’t honor the person who was behind the scenario.

One who was a pioneer of garment industry named Mr. Nurul Kader. His courage, energy, intelligence, passion and simplicity mostly fascinated all. The amplitude and breadth of garment industry came from his hand. He was an unsung hero, a true legend, and pioneer in this arena. We have to recall past before discussing his contribution in this sector. Nurul Kader was born on 2nd December in 1935 an aristocrat family at Munshiganj district of Dhaka division. He joined Air Force as a GD pilot after passing HSC exam but had to give up due to poor health. Then he got admitted to Dhaka University. He was a brilliant student in Dhaka University during 1960’s. He was elected VP by the student council in a hall.

Then he joined Pakistan civil service in 1960 after ending study life. His full name was Mohammed Nurul Kader Khan, but he had to quit family title “Khan” after watching the brutality of Pakistani armies in 1971. He was district councilor of Pabna when initiated the freedom war. Later he joined in temporary govt. as a secretary which was built at India to navigate the freedom war. He was the first secretary of Mujibnagor government. He was a true patriot during our liberation war. He was appointed as establishment-secretary after the liberation war dated on 18th December 1971. He played a major role in the different position and quit the job in 1974 to launch an independent business. Garments industry was inaugurated by him in this country. He established first export-oriented garment industry named “Desh Garments” in 1977 at Kalurghat. And he began a new arena in the history by introducing the advancement of garments industry.

The developed countries of the world had taken an initiative to control the textile business by implementing multi-fiber trade agreement in 1974. As a resultant, some least developing countries availed to do commerce of many products under tax-free quota policies. Nurul Kader who was the blue-eyed boy of Bangladesh has traced this issue and first initiated to take advantage of this facility. He wanted to utilize this scope to unveil a new horizon. Though, he already established a garment industry but fallen in trouble due to the shortage of skilled workers. In 1978-1979, he realized the necessity of skilled manpower. Thus, he sent 130 supervisors and managers to Korea to get long training by a collaboration of Daewoo Corporation and opened a new arena for employment. Then he could able to upgrade the situation of “Desh Garments” with those trained people by maintaining 100% compliance. Investment was like only skilled employee, strong determination and a small amount of money. But his dream becomes true like a new horizon.

Now we are the real witness to the fulfillment of that dream. We already placed second position in international RMG market via occupying five percent of the volume of 410 billion USD. Later most of those 130 employees who were with him at the beginning have become the owner of several garment industries. Present Dhaka city mayor and former precedent of BGMEA Mr. Annisul Huq was one of his ex-employee. Now he is a renowned public figure, entrepreneur, TV personality and leading an individual business organization named “Mohammadi Group” which directly employs around 12,000 individuals in the garments sector.

Nurul Kader dreamed that this industry will lead and occupy the mainstream export business and will create thousands of people employment. His dream has become true. Now the progress is endless. Garment industry has got most priority in our country by his long efforts. He tried to make easier the import process of raw materials. He first thought to introduce back to back LC and bonded warehouse in this sector. He got success to apply these factors by negotiating with the government. It is assumed that more than three cores of people living standards indirectly depend on this sector. He possessed excellent personality and dynamic character that pleased any person.Mr. Nurul Kader was an ex-cadet of air-force, govt. high officials, freedom fighter, first secretary of temporary govt., and first join-secretary of new Bangladesh govt., extraordinary entrepreneur and father of export-oriented garment industry, inventor of back to back later of credit (LC) terms at a time.

Nurul Kader died suddenly at the age of 63 on 13th September 1998. It is remarkable that the contribution of garment industry is fantastic to develop the socioeconomic condition of Bangladesh. It is true that someone is pioneer and visionary to introduce any revolution. Nurul Kader is one and only in this region. If someone arrives to perform the necessity of history, then he considered a great partner to respond the demand of time. Nurul Kader was lucky to become the brilliant member of the history by showing the path to a nation. We should honor this guy by considering his tremendous good deeds.