There is a proverb if you got a lesson from the mistake, you will get success in the course of time. On the other hand, if you can detect the weak point in a competitive market and work to remove the deficit, somehow you will get success soon. Sometimes others weak point may bring additional advantage to you. But first, you should achieve integrity and reputation to acquire that position. Square group is a large industrial group in the country is holding some principles for advancement. Recently this giant industrial group has set up a new denim industry named Square Denim Ltd situated beside Dhaka-Sylhet highway in Habiganj, far from 140 kilometers of the Dhaka city to produce high quality of denim fabric. 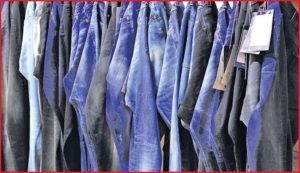 The factory was set up about 300 acres of land at alipure of Shayestaganj in Habiganj district with a special emphasize on the latest technology in the world. A Turkish technical team gave full assistance to keep international standards for constructing waste treatment plant, fixed temperature and humidity control system to make it environment-friendly factory. Special emphasizes on to use modern technology at different stages of fabric production. Besides, they have built an individual eight-MW captive power generators system for stable electricity. Used a powerful bus bars tranatinta sophisticated technology to protect from unexpected fire incident i.e. short-circuit.

As per information of concern authorities, the factory has invested about 4000 million BDT. Such a significant investment is not only for an ordinary denim factory. It was established to produce supreme quality of denim clothes for high-end users. Super fabric finishing is the unique factor of this factory. Thus, they installed high-quality equipment’s to get optimum result. They said our country is comparatively weak in Denim finishing. High officials of Square Denim said the weakness in others has created an opportunity in front of us. Square has a long tenure of denim yarn production. As a result, it is quite easy for us to produce denim clothes from own yarn facility. The company has inaugurated its production from the July of this fiscal year and already got a huge order from a renowned brand like H & M. Besides this other well-known brand like Next and C&A has admired their Denim cloth.

China, India, and Indonesia are the main competitor of Bangladeshi denim products. But Turkey is a giant country considering such products and clothes production in Asia. They have an extraordinary reputation in production of high valued denim fabric. Their long tenure of technical knowledge, high-quality equipment’s and technology made an excellent position in this arena. Bangladesh is following their path gradually. Thus, several factories in this country are now taking technical assistance from them. Though still now China is the leader in denim products, good to hear that they are moving out slowly from this sector. Local organizers of our country treat it as a great opportunity for them to occupy this sector.

Mr. Sayeed Ahmed Chowdhury, General Manager of Square Denim said usually average rate of per square meter (yards) of denim fabric what we use is about two and a half dollars to three dollars. But Square has sold out their denim products at a higher price than that. They assume that their denim fabric will compete with other top denim makers slowly. At this time their production capacity is about 2.5 million meters per physical year. But now they can deliver 1.5 million meters. The factory will be able to use its full production capacity in next two years. In addition, there is another unit will be set up by next November of 2016.

Saeed Ahmed Chowdhury also said we select this area despite from the far away of the capital city considering easy availability of land, gas and transport facility. At present about 950 workers are working in this factory, and 30 percent workers among them are female.

Deputy Manager of Square Denim, Mohammad Zakir Hossain said right now they could produce 1.5 million yards of cloth per month. But they can increase their production capacity to three million yards by 2018. Director of Nandan India Dr. Dikejein said Bangladesh is a huge potential market for denim fabric. More than 15 Denim garment makers in this country are imported denim stuff from them.

Garment factories in Bangladesh had to import a huge amount of necessary denim cloth from China or Pakistan. Some also came from India. But the scenario has been changing rapidly after the establishment of new denim factory. Now the situation has changed a lot in the last few years. Bangladesh is now producing about half of its demand, which will increase in the coming days. As per information of Bangladesh Garment Manufacturers and Exporters Association (BGMEA), meantime 25 denim factory has established to produce denim fabric. Besides these, more than five plants are developing to produce denim fabric. The organizers have invested more than 100 million dollars in the sector. Every year we have the capacity to produce three hundred sixty million yards of denim cloth but approximate demand is about seven hundred sixty million yards. The demand for denim fabric will rise to 120 million yards by the year of 2021. In the near future without exportation in foreign market huge demand will create in the domestic market for high-quality denim fabric. So, we should pay more attention for producing high-quality denim fabric in coming years.

You may like: Pacific Jeans: A trusted name in Jeans Mechanism