How the sewing machine came? 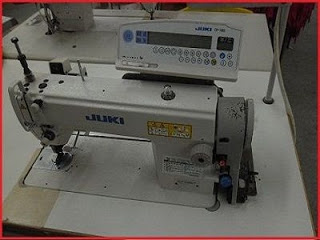 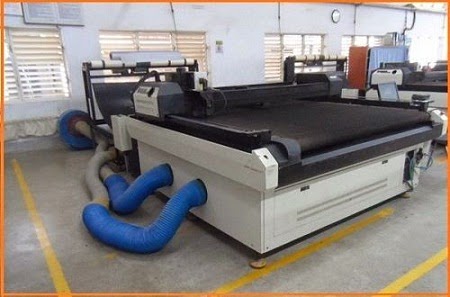 The reality of a sewing machine can never be imagined without the history of hand sewing and workmanship. Clothes is a basic demand for the human being. People use clothes to protect themselves from rain, winter, sunlight, and wind. Moreover, clothes are also treated as an essential fashion element for human beings. Today I will try to deliver the chronological sequence of the invention process of the modern sewing machine. Hand sewing is an art form that is over 20,000 years old. About 20,000 years ago, people first tried to sew their clothes by hand to cover themselves. The first needles wear made from the bones and horns of animals. Initially, animal muscle fibers were used as threads. Iron needles were invented in the 14th century. The first eyed needles appeared in the 15th century. Its subsequent history is only progress.

As a result of the huge interest and efforts of creative people, there has been a constant growth in the sewing manufacturing process. Thus, with various changes in the sewing method, the labor has been hugely reduced. The Industrial Revolution of the 18th century brought about overnight changes in the process of hand-sewing and handicrafts, and finally the beginning of the machine-based sewing industry.

In 1832, Walter Hunt an American citizen had introduced the first lock-stitch sewing machine. His machine used a needle with the eye and the point on the same end carrying the upper thread, and a falling shuttle carrying the lower thread. The curved needle moved through the fabric horizontally, leaving the loop as it withdrew.

A little bit improved design of the sewing machine was made in 1890. The work was done by Thomas Saint, a British citizen. The patent application for this machine referred to a machine ‘hand-operated and handled for sewing leather and canvas’. About 40 years after Thomas Saint’s design, the first functional sewing machine came to earth. The machine was made by a French tailor named Barthelemy Thimonnier. In 1844, John Fisher, an Englishman, associated the parts used in this sewing machine. He also applied for a patent for the design of his sewing machine, but Fisher failed to obtain a patent for his design because of difficulty in the patent office.

Elias Howe, a U.S. citizen, later changed Fischer’s design to create a sewing machine. According to his design patent, machine-based sewing is a process where the yarn used in sewing comes from two threads. The thread of one thread comes into a hole in the head of the needle used in sewing and the thread of another thread comes from under the cloth. This sewing process is called ‘Lock-stitch’. It was the updated version form of the modern sewing machine that you are watching. Elias invention had changed the total sewing process. Elias Howe is treated as the first conventional hand-operated sewing machine. Then Elias traveled to England to promote his sewing machine designs for business purposes. After a short stay in England, he returned to his home country and saw that many people were already using his designs to make sewing machines without his permission. One of them was Isaac Merritt Singer.

Later, Isaac Merritt Singer established the well-known ‘Singer Company’ that occupies a marginal portion of the world electronics market today. Today, Singer is a well-known famous home appliance brand in the world. Singer company has introduced hundreds of home appliance products to their loyal customers. Singer’s first and oldest product is the Singer sewing machine. It is one of the most selling items of singer company. Now it’s performing a multinational leading electronic and home appliance brand in the world. The traditional sewing machines found in today’s tailor shops are largely inspired by Isaac Singer’s designs. Beautiful, well-appointed, and traditional, this sewing machine uses foot paddles and up-down needles. Isaac Singer delivered a beautiful combination of Hou, Hunt, and Thimonier designs perfectly. Hou later presented him in court for using the design without his permission.

Elias Howe won the patent case. Singer, however, argues for himself that he has followed Walter Hunt’s design. But the court rejected this argument because Hunt’s design had no patents. The court ruled that Elias Howe Singer would receive a portion of the company’s dividends as a fine. Even after the defeat, Singer and his founder, IM Singer & Co., have a history of profit. Howe and Singer both died as multi-millionaires. Today, Singer Company is a well-known name for not only sewing machines, but also a wide range of electronic products and home appliances.

As you know, many enthusiastic people have worked tirelessly to make sewing machines instead of hand sewing. Their numerous efforts have failed at various times. But this effort to make sewing machines did not stop. Today, we are enjoying a modern textile industry for the welfare of these passionate and hardworking people. Shameless self-promotion for Ballistic Products and a great bargain on a neat little knife for you.

You may like: Sewing Machinery used for mass Production in Garment industry